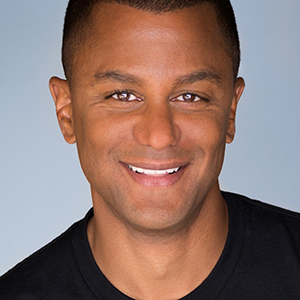 Both charming and handsome, Yanic Truesdale is best known for his memorable role as the sarcastic and high-brow French concierge, Michel Gerard, to fanatic fans of the cult-classic, feel good family series Gilmore Girls. Currently being rebooted by Netflix with new, and highly anticipated episodes, the show will reunite the colorful cast of characters which includes Lorelai Gilmore (Lauren Graham) and her daughter Rory Gilmore (Alexis Bledel) in the quaint Connecticut town of Stars Hallow. For 7 seasons, the show received rave reviews and, as the character audiences loved to hate, Truesdale was hailed by TV Guide as, “. . . anything but ordinary,” grabbing the attention of viewers with a knack for both deadpan humor and drama. He has easily become one of the show’s most memorable characters that is undoubtedly going to help revive the essence of the show.

But audiences won’t have to wait until Gilmore Girls is released to catch Truesdale in his next role. He is set to star on the YouTube Red original series Sing It!, which lovingly satirizes the reality singing competitions that have become a centerpiece of pop culture, giving viewers a behind-the-scenes look of what’s really happening when the curtain closes. With over 3 billion views and 13 million subscribers to their YouTube channel, this show is brought to you by groundbreaking online content producers Fine Brothers Entertainment and Mandeville Films (Divergent & The Fighter).

Born and raised in Montreal, Yanic fell into acting at the age of 17, when he decided on a whim to join a friend to audition for the National Theatre School of Canada, and was accepted to study and fine tune his undeniable talent as an actor. After graduating at the age of 20, Yanic set his sights on his first project, with the goal of obtaining the rights to do a Canadian production of the critically acclaimed play, The Birdcage. When the author’s agent would not return his calls, he resorted to more creative and off the cusp methods “as to appear as a more established actor,” as he’s puts it, and called the agency impersonating a French woman pretending to be Yanic’s assistant to pitch his project. It did the trick and alongside Montreal’s top talent, he earned glowing reviews for his hilarious performance.

Next, Yanic landed a starring role in He Shoots, He Scores, a popular Canadian series about hockey, but in order to get the part, he told producers he could play hockey and showed up at the rehearsal with a number of pro players and couldn’t even get on the ice. Luckily, with a little training and the use of stunt doubles, he did the trick. As his fame grew, he went on to book a six year stint on the series The Duval Family and even co-hosted a live daytime talk show for teenagers called Livraison Spéciale.

In 1998, he was nominated for his first Gemini Award—the Canadian equivalent of an Emmy— for his performance in the sitcom Majeurs et Vaccinés. The series was a huge hit, with Yanic portraying the only black child of a white family. Following this success, he studied at New York’s renowned Lee Strasberg Theatre Institute in hopes of raising the bar on his career and took a leap of faith and decided to move to Los Angeles. Before he knew it he landed his first English-speaking role on a Warner Brothers series titled Gilmore Girls, and the rest is history! Since the end of the 7 year long run of Gilmore Girls, Truesdale didn’t slow down. For the past years, he joined several Canadian shows, but it was his portrayal of TV host Yan Patrick in the hit TV show Mauvais Karma that landed him his second Gemini nomination for best supporting actor in a comedy. He also just finished his 2 season run on CBC’s La Théorie Du K.O., where his portrayal of a right wing accountant got him rave reviews.

While living in Los Angeles and traveling back-and-forth between Montreal, Truesdale never found a gym that he could call home. He was looking for an atmosphere that was exciting and inspired fitness goers to take their workouts to the next level, such as what he has found in the SoulCycle craze taking over in LA. So he took matters into his own hands and opened his own indoor cycling studio, Spin Énergie, in his home city in the fall of 2013, and it was the first indoor cycling studio in Montreal. Within a year, Spin Énergie became a sensation and the spinning preference in the province of Quebec. The gym is now frequented by the many celebrities who come to town, including Arianna Grande and Lewis Hamilton.

Yanic enjoys his dual citizenship and keeps residences in both cities. His passions include writing, traveling and seeing as many movies as possible.

For more information on Yanic…