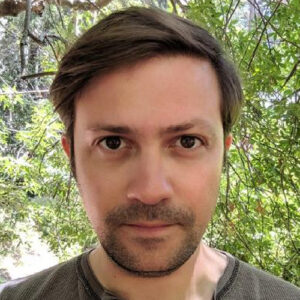 Trevor Fehrman is probably best known for his turn as nerdy Mooby employee Elias in Kevin Smith’s Clerks II, a role he is reprising in Clerks III. The latest Clerks installment is due out in 2023.

This Minnesota native caught the acting bug early, performing in high school and local commercials before landing a role on NBC’s Encore! Encore!, and then taking a turn with his recurring role as Keith Carlson on Odd Man Out. Trevor also appeared in the films Cheats, Now You Know and the TV movie In My Life.

Ferhman subsequently left acting to pursue a university degree, helped crowdfund and create a video game, and currently lends his technical skills to Target as a programmer.

For more information about Trevor…