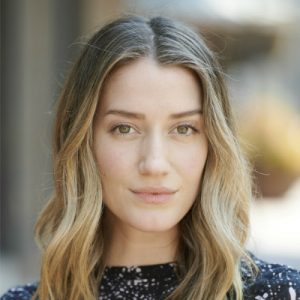 Teri Wyble is known for her appearance on AMC’s hit drama The Walking Dead as the vigilant Officer Shepherd and in Terminator: Genisys as the human resistance soldier Mariam.

Born in a small Cajun town in Louisiana, Teri developed an interest in performing arts at an early age. After graduating with a BFA in Dance from the University of Louisiana at Lafayette, she moved to New Orleans to begin her acting career in the growing film industry of Louisiana. She landed her first on screen role as Dominic Cooper’s doomed wife in Abraham Lincoln: Vampire Hunter and moved on to appear in many television and film roles. She was awarded Model of the Year at the 2010 World Bodypainting Festival in Austria.

Teri’s film credits include the films Beautiful Creatures, Mississippi grind, American Ultra, Jack Reacher: Never Go Back and Shock and Awe.  She has also appeared in many television series including Suit Up, Nashville, Drop Dead Diva, The Originals, The WalkingDead, Powers, The Sinner and Preacher.

Teri now splits her time between Los Angeles, New Orleans, and Atlanta as she continues to work in modeling, film, and TV. Most recently Teri completed work on the film projects The Long Shadow and Lost Bayou, and the TV movie The Christmas Contract.

For more information on Teri…