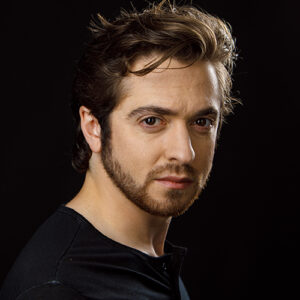 After 10 seasons of battling zombies on The Walking Dead, what could possibly stand in the way of our beloved cast? How about a psychotic petulant young man whose mother runs the most powerful settlement in the post-apocalyptic world. In the final season of TWD, Teo Rapp-Olsson brings to life one of the most reviled characters from the award winning comic book series. From his first moments on screen as Sebastian Milton, Teo was winning the praises of fans, being likened to Jeoffry from Game of Thrones. Only time will tell just how much pain and misery he can bring upon our survivors.

Before surviving the undead, Teo appeared on Law and Order: SVU as Julius, a prime suspect in an sexual assault case against Reagan James (Ariel Winter from Modern Family). Other credits include, Blue Bloods, Divorce, and The Deuce. You may also remember his face from the Bud Light Super Bowl ad as the cardboard cutout fan.

Upcoming projects include lending his voice to a highly anticipated Video Game coming out sometime in 2023.

For more information on Teo…