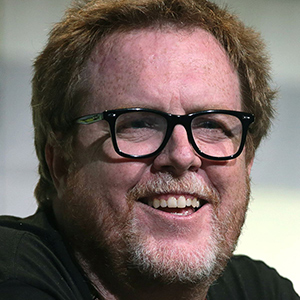 Steve Agee is best known for portraying John Economos in the James Gunn directed The Suicide Squad (and he also did the motion capture for King Shark). Steve will reprise his role as Economos for the television series Peacemaker. He was also Gef the Ravager in Gunn’s Guardians of the Galaxy Vol. 2 which is Agee’s third go-round under Gunn’s direction, the pair having worked together previously on Super.

Agee is also best known for his time on The Sarah Silverman Program as Steve Myron, and for his recurring role as Outside Dave on the popular comedy New Girl. He made frequent trips to visit Chris Hardwick on the @midnight stage as a contestant on the late-night Internet-themed (and often irreverent) game show. Agee also spent years writing for Jimmy Kimmel Live! and made several appearances on the show.

or more information on Steve…