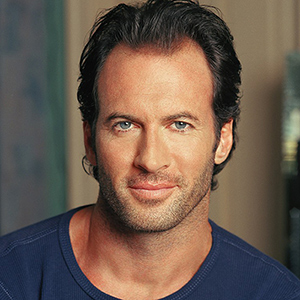 Fans of the popular Saw franchise know Scott from his starring role as FBI profiler special agent Peter Strahm in Saw IV and Saw V. He defied the franchise’s odds by staying alive for two films in his character’s dogged pursuit of Tobin Bell’s masterful JIGSAW in what turned out to be the two most popular films of the entire series.

When Batman: Gotham by Gaslight producers needed an actor versatile enough to play the dual roles of Jack The Ripper and Commissioner Gordon, they called upon Scott. NBC cast Scott as series regular – and classic hero role –  Michael Buchanan in the global event series The Event, where he portrayed a family man holding on to a secret identity  – being half alien.  FOX cast Scott as the lead antagonist/evil overlord Ahpossno, come to earth to reclaim and enslave hundreds of thousands of escaped Tenctonese now enjoying the fruits of living in a free society in the sci-fi television movie event Alien Nation: Dark Horizon.

Scott also portrayed iconic diner owner and fan favorite Luke Danes in the global phenomenon that is Gilmore Girls, which ran from 2000 – 2007 and then again in 2016 for the Netflix miniseries Gilmore Girls: A Year In The Life.  Scott made Luke a fan favorite in one of television’s most re-watched series of all time.  He also played a series regular in Aliens in America, and appeared in Will & Grace,  CSI: Miami,  90210,  Seinfeld, Justice League Unlimited and many other popular television series and movies.

For more information on Scott…