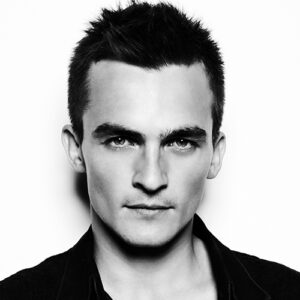 Rupert Friend displays his powerful presence as the Grand Inquisitor in Disney and Lucas Film’s series Obi-Wan Kenobi, set to premier in May 2022. Friend’s inquisitor presents a forceful challenge to Ewan McGregor and other Jedi in the highly anticipated series.

Rupert was nominated for an Emmy Award for his portrayal of ‘Peter Quinn’ on Showtime’s Homeland, which he starred in for 5 seasons.

He also portrayed genetically-enhanced super soldier and assassin “47” in Hitman: Agent 47, based off the popular Hitman video game.

Rupert can currently be seen as the lead of David E. Kelley and SJ Clarkson’s Netflix limited series Anatomy of a Scandal.

He wrapped production on Ben Stiller and Apple TV+’s High Desert opposite Patricia Arquette, directed by Jay Roach in 2022. Before that, he completed work on Wes Anderson’s film Asteroid City, and The Wonderful Story of Henry Sugar for Netflix, opposite Ralph Fiennes. In 2021, he could be seen featured in Wes Anderson’s feature The French Dispatch.

In addition, Rupert can be seen in Paul Feig’s A Simple Favor starring opposite Anna Kendrick and Blake Lively, Julian Schnabel’s At Eternity’s Gate opposite Willem Dafoe, as well as The Death of Stalin directed by Armando Iannucci, opposite Steve Buscemi, Simon Russell Beale and Michael Palin.

His lengthy film credits include The Young Victoria, The Boy in the Striped Pajamas, Cheri, Starred Up, and Pride & Prejudice among many others.

For more information on Rupert…