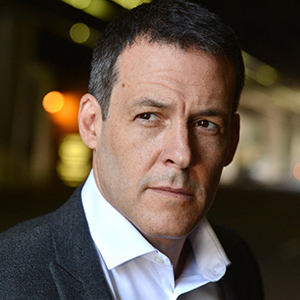 No stranger to the supernatural side of television and film, Robert Pralgo is a seasoned veteran with roles on shows like The Vampire Diaries, Teen Wolf, and Constantine. Fans may also recognize Pralgo from his roles in Furious 7, The Blind Side, and Taken 3 opposite Liam Neeson and Forest Whitaker.

With numerous credits under his belt, Pralgo adds to the ever-growing list with upcoming projects The Three, Sully with Tom Hanks, Fist Fight, Ride Along 2, The Boss opposite Melissa McCarthy, and Mena starring Tom Cruise.

Pralgo’s film projects include Kill the Messenger, A Free Bird, Lost Angels, Solace, Standing Up, The Collection, The Great Divide, Blood Ties, Bobby Jones: Stroke of Genius, and many more. He can also be found guest starring on shows like The Haves and the Have Nots, Red Band Society, Witches of East End, Revolution, Franklin & Bash, The Gates, Drop Dead Diva, One Tree Hill, Army Wives, Prison Break, Dawson’s Creek, and All My Children.

For more information on Robert…