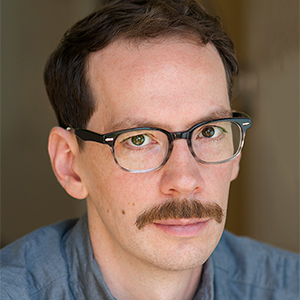 It’s easy to understand how Randy Havens, as Mr. Clarke, quickly became everyone’s favorite teacher/A.V. Club supervisor after binge-watching season one of Netflix’s smash hit Stranger Things. He revised the role of Mr. Clarke in Season 2 and fans are looking forward to seeing him the third installment of the popular series.  No stranger to the odder side of the tech world, Randy has a recurring role on AMC’s Halt and Catch Fire, where he plays Stan—an accidental adversary to Scoot McNairy’s character, Gordon Clark.

During Archer’s seventh season, Randy provided the voice for Mr. Rompers, the leader of a party-crashing clown gang out to steal something valuable. He has appeared twice on Fox’s Sleepy Hollow as McKenna, a pawnbroker who should probably rethink his associates. Randy has also appeared on The Vampire Diaries, Resurrection, Reckless, The Game, Past Life, and House of Payne. Other credits include Let’s Be Cops and Good Intentions, the sci-fi action/thriller Geostorm and the TV series Living the Dream.

Randy recently completed work on the films Boy Erased, The Front Runner and the upcoming Warner Brothers film Godzilla: King of Monsters, set to release in 2019.

For more information on Randy…