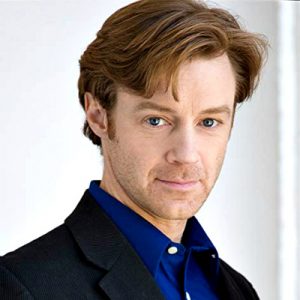 R. Keith Harris is an award-winning actor and writer from North Carolina, known for his role as Doctor Harlan Carson during seasons 6 through 8 in AMC’s The Walking Dead.

Keith has over 70 film and TV credits under his belt, including recurring roles in Stephen King’s Under the Dome, AMC’s Halt and Catch Fire as well as early roles in many popular series such as Beverly Hills 90210, Dawson’s Creek, One Tree Hill, Army Wives, Nashville and Sleepy Hollow. He has also had major roles in theatrical motion pictures alongside some of Hollywood’s elite, including Robert Redford, Emma Thompson, Burt Reynolds, Mikey Rooney and more.

Keith holds a Bachelor of Science in Theater, Radio and Television Production from Western Carolina University, and a Master of Fine Arts in Acting with a concentration in Film from UNC-Greensboro. He has also studied stage combat with the Society Of American Fight Directors.

Keith has several new projects coming up, including leading roles in the films Seven Days Till Midnight, and Bygone Billy, both currently in post-production.

For more information on Keith…