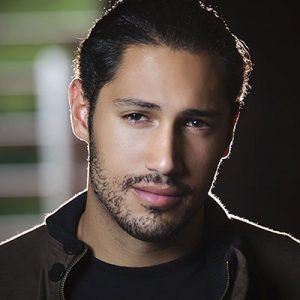 Peter Luis Zimmerman is a Miami born, Atlanta raised actor and recording artist. Fans of the AMC series The Walking Dead know him as Eduardo, one of the gate guards at the Hilltop.

Peter’s other acting credits include Tyler Perry’s Meet The Browns, VH1’s Single Ladies, Billy Crystal’s Parental Guidance and roles on the television series Necessary Roughness, Banshee and The Game. In September of 2018 he wrapped filming for Jungle Cruise, which is set to release summer of 2020.

In addition to acting, Peter finds great pleasure in producing music. He has professionally pursued music and film since the age of 14.  His latest single/music video Te Quiero Solo a Ti was directed by Brandon Davis of CombicBook.com. It is available along with his previous works Kingdom, Paradise Lost, Z and Let Me Down Easy on iTunes.

For more information on Peter…