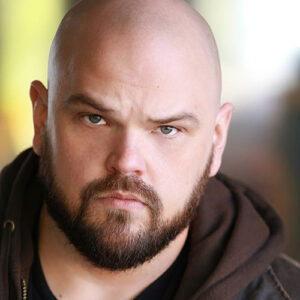 Patrick Cox is an actor and writer known for his appearances in The blockbuster DC films Aquaman and The Dark Knight Rising, as well as many popular television series.

The former bodyguard, club owner, zoo keeper and professional wrestler was born and raised in Memphis, Tennessee. In 2010 Patrick moved to Los Angeles and has been steadily working ever since. In addition to recurring roles in the daytime drama General Hospital, the television series Two Broke Girls, Veronica Mars and Ray Donovan, Patrick has also appeared in Justified,  Shameless,  CSI: Crime Scene Investigation, Bones, and NCIS.

Partick has also had memorable appearances in blockbuster films such as The Dark Knight Rises and Aquaman.

For more information about Patrick…