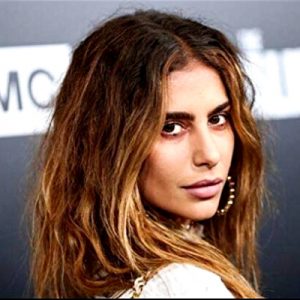 Nadia Hilker is a film and television actress currently known for her role as the machete-wielding warrior Magna in AMC’s The Walking Dead.

Before acting, Nadia built a strong resume as a successful model. She appeared in numerous national and international fashion magazines and also filmed several television commercials. In 2010 Nadia turned her attention to acting, beginning with the starring role of Marie-Luise Seelig in the German television movie Zimmer mit Tante and Xenia in the television movie drama Die Route. Nadia has also many roles in feature films, most notably her first American film Spring (2014), In the Gallery(2014), The Divergent Series Allegiant (2016), and Collide (2016). In 2015, she received the Fright Meter award for her role in Spring. Nadia is also well known for her turn as Luna on the popular show The 100. Fans of AMC’s The Walking Dead know her best for her recurring role as Magna, a new arrival at the Hilltop community during the horror survival drama’s ninth season.

Nadia splits her time between the US and Germany. In addition to acting she enjoys writing, cooking and music.

For more information on Nadia…