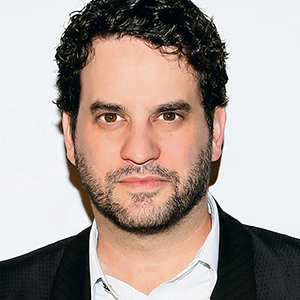 Michael Nathanson plays series regular Sam Stein on Marvel’s The Punisher for Netflix. He was recently seen as series regular Dr. Levi Zinberg on the HBO/Cinemax series The Knick, produced and directed by Steven Soderbergh.

Michael’s film credits include: Side Effects  directed by Steven Soderbergh and starring Jude Law and Rooney Mara,  The Wolf of Wall Street directed by Martin Scorsese, Time Freak (Academy Award Nominee, Best Live-Action Short),  The Happy Sad, directed by Rodney Evans and written by Ken Urban and After Party, directed by Amos Posner).  He recently completed production as the lead role in Can’t Have You, a romantic dramedy feature directed by written and directed by Mark Altman (The Librarians, Agent X, Free Enterprise).

Michael’s theater credits include shows with the Lincoln Center, Hangar Theatre, Yale Rep, Bucks County Playhouse, Two River Theater, New Jersey Rep, Guild Hall, and the national tour of’ The Lion King, in which he performed as Ed the Hyena, Timon, & Zazu.
You’ve also seen him in many national commercials, heard him in voiceover roles, and a few audiobooks as well.

As a writer and producer, Michael has a number of festival shorts to his credit, including Tribute, distributed by Shorts International and available on ITUNES.  He is currently producing the sci-fi relationship feature I Can Change, which he co-wrote with Amy Lowe-Starbin (Kelly & Cal). He is also in development on a TV dramedy series Drop-Off with Zach Baylin, as well as a super secret project with Marvel which he created. Also in production is the sci-fi short, One More Minute, which he wrote, produced, and acted in, and will be hitting festivals next year.

Michael is also a director/creator with the NYC based immersive cinema event production company BBQ FILMS, where he has collaborated with movie studios, production companies, and branded content partners from all over the globe. Recent productions include: Blade Rave at Terminal 5 in NYC, Ghostbusters HQ  in Williamsburg, Brooklyn, Beetlejuice’s Wedding  at House of Yes in Bushwick, Return to TWIN PEAKS with Showtime at Brooklyn Bazaar in Greenpoint.

Michael is a graduate of the theater program at Northwestern University and also attended RADA in London. He also trained in Improv at UCB and The Pit in NYC. Michael is represented by Lillian LaSalle/Sweet 180 Management and Innovative Artists. He lives in Williamsburg, Brooklyn with his wife and twin daughters.

For more information on Michael…