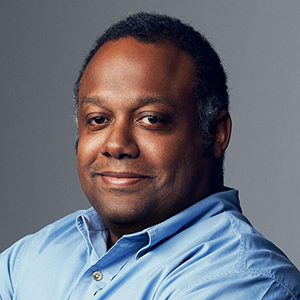 Marc Bernardin is a man who wears many hats, and is no stranger to the world of pop culture and comic cons. He has moderated panels at San Diego Comic Con, appeared in pop culture video documentaries and made many personal appearances at comic cons and colleges alongside his pal filmmaker Kevin Smith.

On screen, Marc has written for the the SyFy channel series Alphas and the recently announced Castle Rock. As Mayor of Asbury Park he tested his voice acting skills in Jay and Silent Bob’s Super Groovy Cartoon Movie, and appeared in the short film Batman: The Birth of the Modern Blockbuster… and if you ask him about his experience as a private investigator during his college days, he might tell you a story about a very short but very thrilling car pursuit.

For more information on Marc…