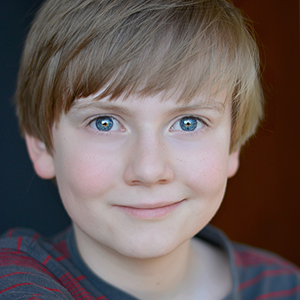 Major Dodson is best known as Sam Anderson on AMC’s The Walking Dead. He has even survived a performance from Twisty the Clown on American Horror Story: Freak Show. Recently Major starred alongside Nicolas Cage and Lea Thompson as their son in Left Behind, based on the book with the same title. His first network television appearance was as the young Danny Matheson on NBC’s Revolution. Other television credits include Mystery Diagnosis and Sons of the Brotherhood.

Major can also be found in My Heart Dies with You: Part 2, The Deadliest Gun, Dermaphoria, Departure, Don’t Cry Daddy, Alfred Thinks We’re Aliens, and The Man Who Never Cried.

For more information on Major…