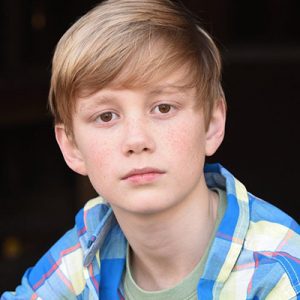 Macsen Lintz began his acting career at an early age and already has a number of film and TV credits, including the films Project Almanac, Hall Pass, Grudge Match and Scary Movie 5.

Macsen comes from a family of actors and has worked with his older siblings on several projects. In 2012 he appeared in What to Expect When You’re Expecting with his brother Matthew. In 2015 he portrayed Jason in the TV adaptation of Stephen King’s Under The Dome, which co-starred his older sister Mackenzie.

Macsen stepped into the role of Henry during Season 7 of AMC’s The Walking Dead, which seemed only natural after he spent some time on set visiting his sister Madison Lintz while she portrayed Sophia Peletier in earlier seasons, and he has reprised that role for Season 8.

For more information on Macsen…