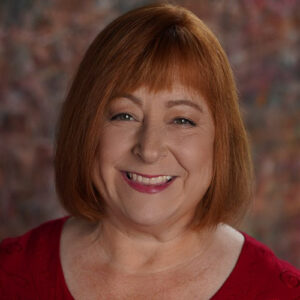 A few of Lynne’s other film and television appearances include Carol in Doom Patrol (the clerk who helps Dorothy when she comes “of age”) and the neighbor in Stranger Things season 2 when the boys go trick-or-treating as Ghostbusters (it was the “Three Musketeers” bars from her bowl that Dustin originally feeds baby “Dart”). Other appearances include Horror Noire, Fearstreet 1666, Office Christmas Party, I Tonya, Dopesick, The Outsider, and many more.

Lynne was a theatre stage professional decades before she transitioned into film and television in 2012. She obtained a B.A. in Theatre Arts at Brenau University before attending graduate studies at Wake Forest, where she received a grant to study at The Shakespeare Institute in Stratford-upon-Avon. Favorite stage roles include Beatrice (Much Ado About Nothing), Mistress Page (Merry Wives of Windsor), LaBrette (Cyrano de Bergerac), Yenta (A Fiddler on the Roof), Betty Meeks (The Foreigner), Ouiser in Steel Magnolias, and Mag in The Beauty Queen of Leenane.

Lynne is also a screenwriter, and her Southern Gothic coming-of-age mystery drama “Scuppernongs” has won international acclaim at many film festivals in the screenwriting category. Lynne also makes jewelry that she sells on Etsy as Ashelyn Designs.

For more information on Lynne…