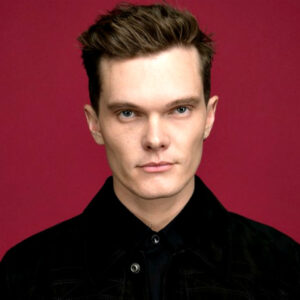 Luke Baines is an English-born Australian actor most recently known for his role as the lead baddie in the third season of the Freeform/Netflix hit series Shadowhunters.

He recently appeared in the A24 feature Under the Silver Lake opposite Andrew Garfield and directed by David Robert Mitchell. He starred in the Syfy movie, Truth or Dare directed by Nick Simon and was highlighted as one of the TIFF Stars of Tomorrow for his work in Wes Craven’s The Girl in the Photographs which premiered in Midnight Madness at the 2015 Toronto International Film Festival. Additional credits include David Fincher’s Living on Video, Gold Circle’s The Possession of Michael King and Disney’s Saving Mr. Banks.

Luke attended The McDonald College of Performing Arts in New South Wales where he studied drama, music and dance. His stage performances include the West End workshop of Spring Awakening: The Musical, Footloose the Musical and Alice’s Adventures in Wonderland. Luke is currently based in Los Angeles.

For more information about Luke…