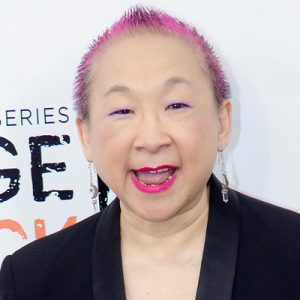 Lori Tan Chinn was born in Seattle, Washington. A self-taught actor, dancer, singer, and musician, she auditioned for the Broadway show Lovely Ladies, Kind Gentlemen in 1970, where she was quickly pulled from the chorus and awarded the lead comedic role of Miss Higa Jiga. Her other theater credits include many Broadway and off-Broadway shows, such as M. Butterfly (the original Broadway production in 1987), G. R. Point, Peking Man and North Atlantic. Lori is considered the definitive Bloody Mary, having performed the role in several stage productions, including winning the prestigious Helen Hayes Award for Outstanding Supporting Actress in a Musical. Recent theater work includes an appearance in the Chicago pre-Broadway production of Gotta Dance, which has been renamed Half Time and is affectionately called A Seniors Chorus Line, the final project by the late Marvin Hamlisch.

Since the early 1980s Lori Tan Chinn has appeared in numerous memorable roles. Early film credits include Author! Author! and the TV movie Brass, leading up to her supporting roles with Roseanne Barr in the dark comedy She-Devil and the second season of Roseanne, as Iris, the hairdresser. Lori appeared in several films throughout the 1990’s including What About Bob?, Glengarry Glen Ross, Ransom, Living in Oblivion, and in 1999 she left a lasting hilarious mark on audiences as the persistent restaurant owner in the Mickey Blue Eyes ‘eat cookie’ scene.

She has also appeared in the television series Spin City, Law & Order, the ABC television film Rodgers and Hammerstein’s South Pacific, Law & Order: Trial By Jury, and independent films Year of the Fish, The Guitar, Final Recipe and Chloe & Theo.

In 2013 Lori stepped into the role of Mei Chang on Netflix’s fledgling streaming series Orange is the New Black. Her quirky, funny and unpredictable character with a disturbingly dark past very quickly became a fan favorite. After OITNB ended, she became the Grandma in the tv series Awkwafina Is Nora from Queens.

For more information on Lori…