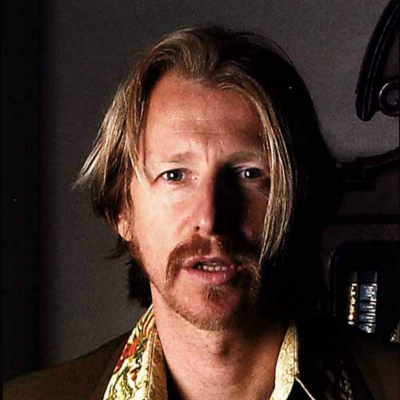 Lew Temple is a versatile film and television actor, perhaps best known for his roles as Axel on AMC’s hit television show The Walking Dead, as Locus Fender in the action film Domino starring Keira Knightley, and for his projects with director Rob Zombie—Adam Banjo in The Devils Rejects, Noel Kluggs in Halloween, and he has a role in the upcoming film 31.

Lew is an avid baseball player who snagged roles as a minor league bullpen catcher for the Seattle Mariners and Houston Astros after leaving university. In 1986, he was the scout for the New York Mets, and would later go on to serve as Assistant Director of Minor League Operations and Scouting for the Astros until 1993.

He portrayed Sheriff Winston in the prequel to the remake of The Texas Chain Saw Massacre and a paramedic in the crime thriller Déjà Vu starring Denzel Washington in 2006. A year later he appeared as Cal, the diner manager in the comedy-drama Waitress starring Keri Russell, as well as appearing in an episode of CSI: Miami as Billy Chadwick, a local loner in a grizzly bear murder case.

In 2008, Temple played Marv in Trailer Park of Terror, and Pete in the thriller/horror film House. In 2010, he appeared in an episode of NCIS: Los Angeles as Mr. Loobertz and had a supporting role in the thriller Unstoppable. Over the next couple years Temple would appear in Criminal Minds, Saving Lincoln, and Hawaii Five-O, as well as lending his voice talents to Rango as the character of Mr. Furgus.

Temple was reunited with Rango co-star Johnny Depp in 2013’s The Lone Ranger. He has roles in Atlas Shrugged: Who Is John Galt?, The Grace of Jake, and Kidnap. Lew has continued his non-stop work schedules with numerous films including Selling Isobel, Behind the Walls and the television series 5th Ward. Currently filming are the projects Once Upon a Time in Hollywood and Homeless Ashes.

For more information on Lew…