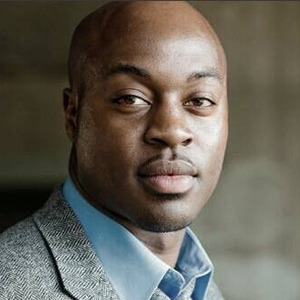 LaBrandon Shead is an up-and-comer who fans may recognize as one of the Wolves on The Walking Dead. He grew up in a tight knit family in Denver, Colorado. LaBrandon played sports his whole life, aspiring to become a player in the NFL. Acting wasn’t a consideration for his future until he was dared to participate in a talent show his senior year of high school, playing Steve Urkel, and he realized he had talent.

LaBrandon attended the University of Nevada, Las Vegas to play football. Football didn’t work out for him at the university. He took an acting for the camera class under Nate Bynum. He loved it. Soon after he stepped onto the stage and his love for the craft grew.

After graduating, the chairman for the film department at UNLV, Francisco Menendez, cast a film called Stealing Las Vegas starring Eric Roberts. He thought LaBrandon should audition after watching him in a play years before. LaBrandon auditioned and secured a lead role.

With a film under his belt, his luck grew and he found his current agent. He secured roles on How I Met Your Mother and Chuck, as well as roles in the films The Red Man and the TV movie Point of Honor. After several auditions for AMC’s hit drama The Walking Dead over a two year span, LaBrandon found himself on season 6 as a Wolf in episode 2, “JSS.”

Working on the record breaking show has been a dream. He now awaits the release date for a new film, Triple 9 starring Norman Reedus from The Walking Dead, Kate Winslet, and numerous other stars. LaBrandon also has a role in the upcoming TV film Confirmation.

For more information on LaBrandon…