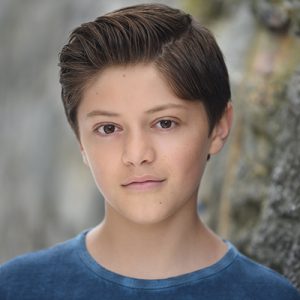 Kobi Frumer is known for his portrayal of Zach Lieberman alongside Jon Bernthal in the original Netflix series The Punisher. He has also recurred on the television series The Ollie & Moon Show and Nella the Princess Knight.

Kobi’s first on-screen credits are for his work on the short films My Father’s Footsteps and Lost & Found, and brief appearances in the television series The Family, Unraveled and The 1908’s: The Deadliest Decade. He also appeared in the indie horror film Bugs: A Trilogy and portrayed Donald Trump in the 2016 web video Kids React: Donald Trump’s Science Policies.

Kobi is a superhero fanatic and expert in superhero trivia. He is also an avid skier and Advanced Certified SCUBA diver. He loves playing basketball and is a total TV addict.

For more information on Kobi…