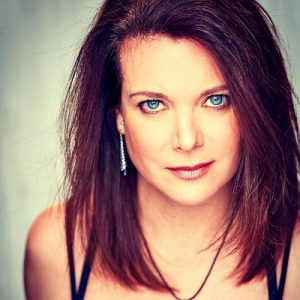 Katie Barberi began her professional acting career at age ten, and has appeared in several films including Ferris Bueller’s Day Off and the cult classic The Garbage Pail Kids Movie.

Katie is also very well-known for her roles in  Latin-American telenovelas such as My Heart Beats for Lola Volcán, Beautiful But Unlucky , Eva La Trailera and Doña Barbara, which held the highest gross in foreign sales in the history of the network.  She has appeared in more than a dozen telenovelas  which have aired as prime-time shows in over 40 countries on Televisa, Telemundo and Univision. More recently, Katie completed a pilot for Red Dove Media called The Blexicans.

Katie’s newest project is the development of the comic book series Daylight Sucks, focused on a family of selective vigilante vampires, ridding the world of those they deem unfit. Alongside co-creator Craig Hurley, whom she met on an episode of the cult classic Freddy’s Nightmares in 1988, they have produced three issues and are looking forward to bringing their work to the fans!

For more information on Katie…