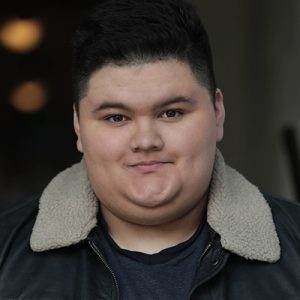 Jovan Armand has appeared in many television series and award-winning short films. He played the lead character in the 2017 short film Drowning, which won an Imagen Award for Best Theatrical Short. He also starred in the 2014 film Chub,  which won at the Gasparilla International Film Festival, International Film Awards Berlin and Sarasota Film Festival, in addition to being nominated at the Miami Film Festival. He also starred as ‘Francisco’ in the film “Miracle Maker.”

Jovan’s television credits include Troy on ABC’s hit show The Middle, Hawaii Five-O, Parenthood, Shameless, Children’s Hospital, Nickelodeon’s Bella and the Bulldogs, Los Americans and more. After portraying a young rapper in a friend’s music video, Jovan added music to his resume. He has entertained crowds at the Viper Room, Avalon at Hollywood, LA and Orange County Fairs and at several private events.

Jovan is slated to appear in the DC Comic feature Shazam, which recently wrapped filming and is slated for release on April 5, 2019.

For more information on Jovan…