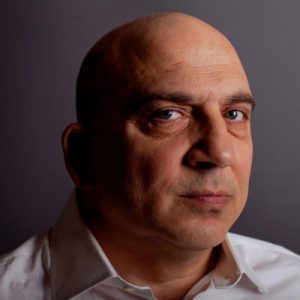 Jonny Coyne is an English actor known for his roles as Warden Edwin James on the Fox series Alcatraz, Dr. Lydgate in Once Upon a Time in Wonderland and most recently Allfather in AMC’s Preacher.

Jonny’s first TV role was in the 1990 series London’s Burning, followed by the mini-series Gulliver’s Travels starring Ted Danson. He appeared in many British TV series and in 2003, he was cast in Lara Croft Tomb Raider: The Cradle of Life. He has had recurring roles in many popular American television series, including  The Blacklist, Once Upon a Time, TURN: Washington Spies, and the Hulu mini-series 11.22.63.

Jonny had a recurring major role as the intimidating Warden Edwin James on the popular drama / sci fi series Alcatraz,  and most recently Jonny joined the cast of the AMC television series Preacher, playing the recurring role of the Grail’s supreme leader Allfather D’Daronique during the hit series’ third season.

For more information on Jonny…