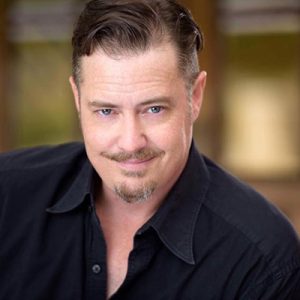 Jeremy London snagged fan’s hearts with his role as Chandler Hampton on 7th Heaven. He thrilled them as bad boy Griffin Holbrook on Party of Five. View Askewniverse fans recognize London as none other than T.S. Quint from Kevin Smith’s Mallrats. A role London will reprise when Smith releases the much-anticipated television sequel, Mallrats 2.

London’s career started in 1991 with a role on I’ll Fly Away. He went on to secure roles on several television shows, made for TV movies, and the mini-series Journey to the Center of the Earth.

His big screen credits include One More Round, Rain from Stars, The Devil’s Dozen which London directed, The Last Mark, Edge of Salvation, Alien Opponent, House Under Siege, Chasing the Green, The Grift, Gods and Generals, and White Wolves II: Legend of the Wild.

Upcoming film projects for London aside from his return to the Askewniverse are Girl in Woods, Bright Ideas, Branded, 7 Faces of Jack the Ripper, and Enter the Fist and the Golden Fleecing with Danny Trejo.

For more information on Jeremy…