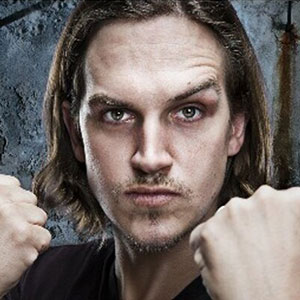 Jason Mewes is most widely known as the never-silent half of the cult heroes Jay and Silent Bob, first appearing in 1994’s Clerks and moving on with the ever-growing popularity of Kevin Smith’s subsequent films Mallrats, Chasing Amy, Dogma, Jay and Silent Bob Strike Back, Clerks II, and the upcoming Mallbrats and Clerks III. He also has a small role in the second film in Smith’s True North trilogy, Yoga Hosers.

In addition to his ongoing role as the hilariously inappropriate ying to Silent Bob’s yang , the Jersey native has also appeared in a variety of indie films, television roles and video game voiceovers. To name only a few, Jason has appeared in the films Pauly Shore is Dead, National Lampoon’s TV: The Movie, Gone Baby Gone, Bitten, Breath of Hate, Silent But Deadly, Noobz, Devil’s Tower, The Last House, The Night Crew, Deet N’ Bax Save Th’ World, and Book of Fire. He has also worked on several television series, most notably Vigilante Diaries and Todd and the Book of Pure Evil. Jason has also performed several voiceover roles such as Jay and Silent Bob’s Super Groovy Cartoon Movie, the animated series Clerks, and a brief role in the videogame Scarface. Jason can be seen in the upcoming series What Would Trejo Do with Danny Trejo. He will also appear in Shooting Clerks, Run For Roxanne, and Halloweed.

The ongoing podcast with Kevin Smith, Jay and Silent Bob Get Old, was established in February of 2007 and has continued to rise in popularity.