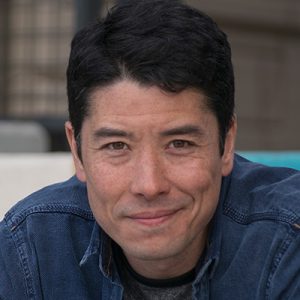 James Yaegashi is currently a season regular playing Robert Miroru in Marvel’s The Runaways on Hulu.  Gamers may recognize his voice from the Grand Theft Auto series (Wu Zi Mu in GTA: San Andreas) and the Bioshock series (Dr. Suchong).  He has also originated many roles on and off Broadway including Richard Greenberg’s Take Me Out (2003 Tony Award for Best Play), A Naked Girl on the Appian Way (costarring with Jill Clayburgh and Matthew Morrison), John Guare’s A Few Stout Individuals, Julia Cho’s Durango, and Sarah Ruhl’s The Oldest Boy.  His credits also include characters in world-premier stage adaptations of literary classics such as Yunioshi in Truman Capote’s Breakfast at Tiffany’s on Broadway and Toru in Haruki Murakami’s The Wind-Up Bird Chronicle at the Edinburgh Int’l Festival and the Singapore Arts Festival.

For the stage, he has directed My Friend Has Come for the Asian American Writers Workshop, Dancing with the Bird at the Japan Society in New York, and many other plays for the 52nd Street Project Playmaking series.  He also produced and directed the feature film, Lefty Loosey Righty Tighty, which won Best Feature in the DIY film competition at Northside Festival, a trendsetter art festival in Williamsburg, Brooklyn.

James was born in Yokohama and raised in rural Yamagata, Japan. He moved to the U.S. after high school and earned a BA in literature from Wheaton College and an MFA in acting and directing from the University of Missouri-Kansas City.  He is currently based in Brooklyn NY, working as an actor, director, and writer.  He collaborates frequently with Japanese artists, translating award winning contemporary Japanese plays and subtitling major Japanese studio films. James is also a martial artist with black belts in judo and aikido.

For more information on James…