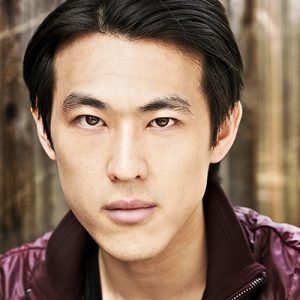 James Chen is known for his versatile work in off-Broadway theater, television and international film. His theater credits include work with the Chautauqua Theater Company, The Guthrie Theater, and the Philadelphia Theater Company. Of his dozen plus narrated audiobooks, some of his favorite titles include Prayer of the Dragon, Chinese Yankee and Death and Resurrection.
Fans of the Law and Order franchise will recognize him as Detective Adrian Sung on Law & Order: SVU. James has also appeared in the television series NCIS: Los Angeles, Seven Seconds, The Blacklist, Sleepy Hollow and Person of Interest. He has also appeared in many international studio films including The Amazing Spiderman, Mr. Popper’s Penguins, Labor Day, and We Need To Talk About Kevin. He recently appeared in the short film American Dream, the dramatic comedy Front Cover and completed work on the indie thriller Unintended. Currently his character Kal hails from Hilltop in AMC’s The Walking Dead, and has made several appearances beginning in season 6.
James is from New York state and earned his BA at the University of Pennsylvania and an MFA in Acting at The Yale School of Drama. As an upcoming writer and filmmaker, his latest short The Swap has played at the Kingston Film Festival, the Philadelphia Asian American Film Festival and continues to make rounds in the festival circuit. James is trained in classical piano, speaks conversational Mandarin and has studied martial arts for several years. He currently splits his time between Los Angeles and New York.

For more information on James…