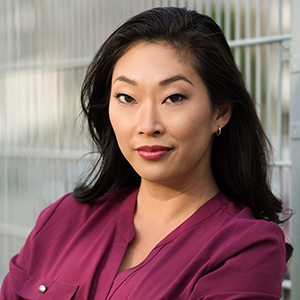 Jackie Dallas is best known for her role as Jen, Mr. Clarke’s girlfriend in the Netflix original breakout hit series Stranger Things. She landed her first role in Chicago, playing the part of pregnant Maggie in the spoof Not Another Zombie Movie directed by Emmy award-winning cinematographer and director Donte Williams. NAZM was also an official selection at the 2015 Englewood International Film Festival.

Jackie has also been seen in the romantic comedy web series Good Enough, the medical drama The Resident as Nurse Jill, Criminal Minds as Liz Meyer, and the main villain in Papa Roach’s music video Face Everything And Rise. She is an active member of the indie filmmaking community with features such as Look Into The Fire, starring alongside Gregg Henry, and The Pining with Miguel A. Nunez Jr and Tom Sizemore. She has also worked on Hollywood blockbusters including San Andreas, the Divergent series, Captain America: Civil War and the critically acclaimed Steve Jobs starring Michael Fassbender.  She has lived and worked in films across the nation in cities including New York City, Miami, Chicago, San Francisco, Los Angeles, Atlanta and New Orleans.

A strong advocate for women in film and diversity, Jackie has been cast as series regular Tess in the upcoming girl-power series Represent.

For more information on Jackie…