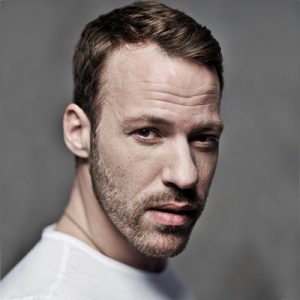 Falk Hentschel is a German actor, dancer and choreographer known for his portrayal of Hawkman in the Arrow universe.

Falk made his acting debut in the Emmy Award-winning show Arrested Development in 2005 and went on to roles in numerous television series such as Journeyman, NCIS: Los Angeles, CSI: Crime Scene Investigation, The Closer, Agents of S.H.I.E.L.D and a recurring role in the TV series Reckless. Falk also had  a starring role as Frederick Abberline in the German TV movie Jack the Ripper and appeared in the TNT series The Alienist.

Falk has appeared in numerous films popular films including White House Down, Street Dance 2, Transcendence and the blockbuster film Knight and Day before moving on to portray Hawkman in the DC television series The Flash,  Arrow and Legends of Tomorrow.  Coming soon, Falk will be starring opposite Steve Carell in Robert Zemeckis’ The Women of Marwen.

For more information on Falk…