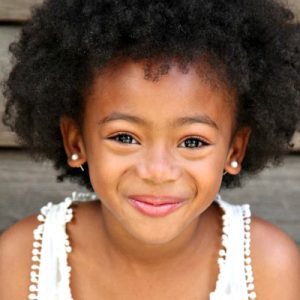 Faithe C. Herman is the youngest of five siblings, hailing from San Diego, CA. She started her acting career at the age of four and had numerous auditions before getting her first break on the pilot for an “untitled Dan Fogelman project.”  Soon after shooting the pilot, the project became the critically-acclaimed NBC series This Is Us.  Faithe has been a recurring regular on the popular show, co-starring as Annie Pearson.

She has also appeared on an episode of the TV series Criminal Minds and recently completed work on the films Doe, currently in post-production and Shazam! (Darla Dudley), which is slated for release in April 2019.

Faithe loves dance and art. In her free time she enjoys taking ballet classes and spending time with her family.

For more information on Faithe…