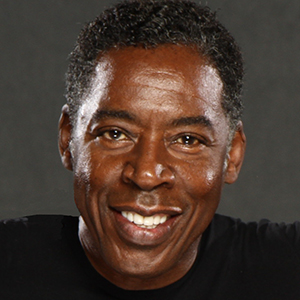 Ernie Hudson is best known for his role as Winston Zeddemore in the cult classic Ghostbusters and its sequel Ghostbusters II. Hudson’s involvement with acting did not start on film. While at attendance at Wayne State University to develop the acting and writing skills he’d begun to develop after a short stint in the Marine Coprs, he established the Actors’ Ensemble Theatre—a troupe who wrote and directed their original plays and skits. After, he enrolled and graduated from Yale School of Drama. His hard work at Yale landed him a role in the musical Daddy Goodness in Los Angeles. That role introduced him to director Gordon Parks, who cast him in the 1976 film Leadbelly, Hudson’s first on-screen performance.

Hudson ventured onto television screens in the late 1970’s and early 1980’s with guest roles on Fantasy Island (1978), Highcliff Manor, The Incredible Hulk, One Day at a Time, Diff’rent Strokes, Little House on the Prairie, Taxi, The Dukes of Hazzard, Flamingo Road, Webster, and The A-Team.

After Ghostbusters in 1984, Hudson portrayed Mr. Porter in National Lampoon’s Joy of Sex, and filmed six episodes as Jerry Close on St. Elsewhere. Hudson voiced Cyborg on The Super Powers Team: Galactic Guardians in 1985. After, he went on to appear on The Last Precinct, It’s a Living, The New Mike Hammer, Gimmie a Break!, and Full House.

To avoid being typecast as a comedic actor, Hudson took on the challenging role of Solomon in The Hand That Rocks the Cradle (1992). His next big hit came in 1994 with the cult classic The Crow alongside Brandon Lee. The same year, he appeared in Airheads and Speechless. The following year, Hudson joined a young Leonardo DiCaprio in The Basketball Diaries, and played Captain Munro Kelly in Congo.

After the turn of the century, Hudson appeared in HBO’s critically acclaimed prison drama Oz as Warden Leo Glynn, and as FBI Assistant Director Harry McDonald in Miss Congeniality and Miss Congeniality 2: Armed and Fabulous. Hudson has also appeared in episodes of Stargate SG-1, ER, Desperate Housewives, Las Vegas, Bones, Psyche, The Secret Life of an American Teenager, Heroes, and Law and Order.

He played Stuart Owens in the Torchwood mini-series Miracle Day. He portrayed Detective Barry Frost’s father on Rizzoli & Isles. Hudson can also be found on Franklin & Bash, Modern Family, Last Resort, as the voice of Agent William Fowler in Transformers Prime, Commander Randolph Boles on Scandal, and Bunny on Frank Darabont’s series Mob City. Recent roles include work on Key and Peele, Once Upon a Time, Grace and Frankie, Batman: Bad Blood, and Gallows Road. Hudson’s upcoming films are The Wrong Stuff, Wizardream, Mr. Beebee, Heaven Sent, God’s Not Dead 2, and High and Outside.

For more information on Ernie…