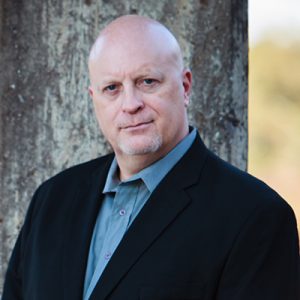 David Haun was born in Birmingham, Alabama. He took drama classes in high school and his very first role was Trapper John in a school production of M.A.S.H.

Upon graduation he joined the military, and after 10 years and one deployment to Iraq he pursued a career in law enforcement that lasted for nearly 25 years. His first acting gig happened after he responded to a casting call from The Walking Dead looking for “big, mean-looking guys,” and appeared as one of the saviors alongside Gavin.

David has future plans to launch a business teaching actors how to handle firearms, defensive tactics, and police and military tactics to help them with roles that require these skills. He is an avid photographer, loves video games and is a huge Star Wars and Star Trek fan.

David also enjoys volunteering at the Alabama Institute for the Deaf and Blind, an equestrian facility that works with special needs kids.

For more information on Dave…