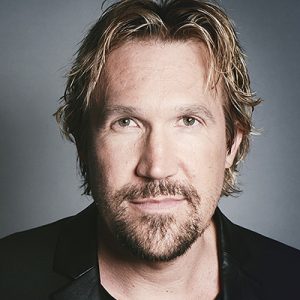 David A. R. White is known to be one of the most prolific filmmakers in the faith-based arena, as he writes, directs, produces and stars in many of the films. He moved to Los Angeles from Dodge City, Kansas at the age of 19 and within 6 months, landed a recurring role for close to four years in the hit CBS sitcom Evening Shade with Burt Reynolds, he then went on to guest appearances in television series such as Coach, Saved by the Bell, Sisters and Melrose Place.

He went on to act in many films as an actor, including the 20th Century Fox film, The Visitation, Bells of Innocence with actor Chuck Norris and the Dustin Hoffman film Outbreak. David earned a nomination for The MovieGuide Awards’ Best Actor for his dual roles in Mercy Streets, opposite Eric Roberts and Stacy Keach. David went on to star in over 25 films including The Moment After 1 and 2, Dancer and the Dame, Six: The Mark Unleashed, In the Blink of an Eye, Jerusalem Countdown, The Encounter: Paradise Lost, Me Again, Marriage Retreat, and Faith of our Fathers among many others.

In 2005, He became a founding partner of Pure Flix, the leading distribution and production company specializing in faith-and family-themed movies. In 2012 he created, produced and starred in the original film, Brother White, for which he was named a finalist for best actor in 5th Annual Cable FAX Program Awards. His other works include the Revelation Road trilogy.

In 2014 David’s starred in the film, God’s Not Dead that went on to break all kinds of records, including staying in the theater for 20 + weeks, became the #1 live action independent film of 2014 and most notably, the 5th most profitable movie in Cinema History. David just starred in the third of the God’s Not Dead films, A Light in the Darkness with John Corbett and Tatum O’ Neil.

David has also continued his work in television, portraying Dan in the hit Pureflix.com series Malibu Dan… the Family Man. He also published the book with Harper Collins, Between Heaven and Hollywood: Chasing Your God-Given Dream and regularly speaks around the country to audiences everywhere!

For more information on David…