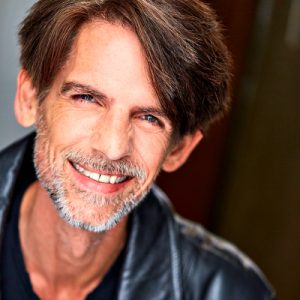 Craig Hurley hails from Chicago, the youngest of 3 children. He graduated from the Chicago Academy of Performing Arts in 1986, then went on to graduate from the American Academy of Dramatic Arts in Pasadena California in in 1988.

Craig has worked extensively in film, television, voice overs, music videos and radio broadcast. He has appeared in the television series Hunter, 21 Jump Street, Nasty Boys, Life Goes On and many more. He has also been seen in Star Trek: The Next Generation, Beverly Hills 90210 and the films Warlock: The Armageddon and City Slickers 2.

As the president of ScrappyCo Productions he has worked on several film and television projects written and produced by himself and his collaborators.

Craig is currently working on the development of the comic book series Daylight Sucks, alongside co-creator Katie Barberi, whom he met while working on an episode of Freddy’s Nightmares in 1988. To date they have produced three issues and are looking forward to sharing their work with fans both old and new.

For more information on Craig…