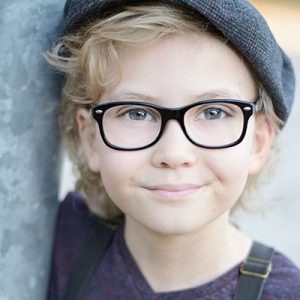 Cooper Dodson’s early film work includes appearances in Stay at Home Dads, Mr. Right, Daddy’s Home and Daylight’s End. He also had a supporting role in the short film Night Light and the lead role in​ Kuruk the Bear.

In 2017 he played the part of Toby in the Lifetime network  thriller The Wrong Mother before moving on to roles in the TV series Murder Made Me Famous and Scandal Made Me Famous. Cooper also appeared in the pilot episode of My Food Obsession on the Food Network and later was featured as the Make a Wish Kid in the breakout AMC hit series Preacher.

Most recently he landed a recurring role in the popular horror series American Horror Story: Cult, portraying the character Oz Mayfair-Richards. Cooper is the younger brother of Major Dodson and has also trained in gymnastics, puppetry and ventriloquism.

For more information on Cooper…