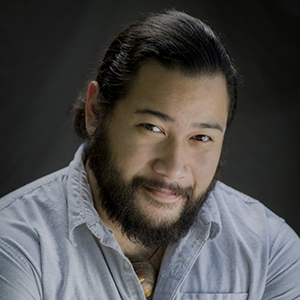 Cooper Andrews quickly became a fan favorite as Jerry, right hand man of King Ezekiel during The Walking Dead’s seventh season. As the show continues into its tenth season he has proven beyond a shadow of a doubt that there is a lot more to Jerry than peach cobbler and a winning smile.

Cooper is also known for his role as Y0-Yo on AMC’s Halt and Catch Fire. He also appeared alongside Jason Momoa and Julianne Nicholson during the second season of Sundance’s The Red Road, and his other television work includes time spent on sound departments for various productions, as well as guest starring on Hawaii Five-O, and Your Pretty Face is Going to Hell. He has filmed several independent films, including Golgotha, Mandie and the Secret Tunnel, Billy Lynn’s Long Halftime Walk, the TV film Thin Ice and the heist action thriller Den of Thieves.  Most recently, Cooper appeared in the DC superhero hit Shazam!

For more information on Cooper…