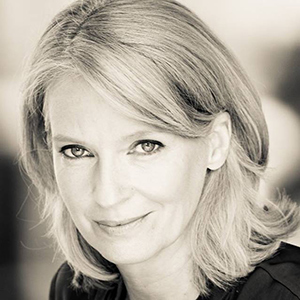 Things in Catherine Dyer’s life took a strange turn when she starred on Netflix’s newest runaway hit as Agent Connie Frazier. Dyer’s no-nonsense character is a great balance to her young, vibrant co-stars on Stranger Things, and there’s no real consensus on who’s scarier, Agent Frazier on a mission or the Demogorgon.

In 2016 Dyer appeared alongside John Cusack and Samuel L. Jackson in the Stephen King adaptation Cell, and Dirty Grandpa with Robert De Niro and Zac Efron. She also appeared on CBS’ The Inspectors during the show’s first season and OWN’s Greenleaf, and an episode of Halt and Catch Fire on AMC.

When she wasn’t on-screen for nearly a decade, Dyer was first coordinating producer then supervising producer for A&E’s Biography and City Confidential. She received an Emmy nomination in 2003 for her work on Biography. Dyer also worked as a development assistant for Lifetime’s original movie department.

On the small screen, Dyer has guest-starred on numerous shows including, Finding Carter, The Originals, Bloodlands, Reckless, Devious Maids, Drop Dead Diva, Army Wives, Zoe Ever After, and many more.

Dyer can also be seen in The Founder, a biopic about Ray Kroc, the founder of McDonald’s as well as The Blind Side, Taken 3, Sabotage, What to Expect when You’re Expecting, The Joneses, and Rob Zombie’s Halloween II.

For more information on Catherine…