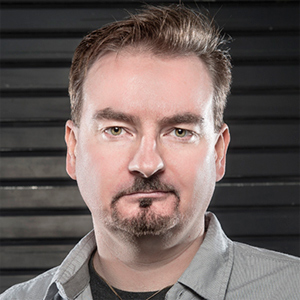 Brian O’Halloran, first-generation American son of Irish immigrants, was born in New York and moved to New Jersey at the age of 10. He discovered his love for acting at age 15, and became active in theater in high school and college.

In 1994 he appeared in Kevin Smith’s Clerks, but continued to work as a stage actor with the Boomerang Theatre Company, the New Jersey Repertory Company, and the Tri-State Actors Theatre, among others. While filming Clerks II, Brian also appeared as Reverend Parris in Arthur Miller’s The Crucible at Holmdel Theatre Company.

Brian has been seen in many other Kevin smith films, including Dogma, Chasing Amy, Mallrats, and Jay and Silent Bob Strike Back. The title role in the 2000 film Vulgar was specifically created for him. Brian has also been seen in The Happening, Miss December, Bloody Slumber Party, and Flea. Kevin Smith recently announced that Brain will reprise his role of Dante in Clerks III; he will also appear in the upcoming Mallrats sequel, Mallbrats. His other upcoming projects include Hindsight 2020, Shooting Clerks, Off-Time, and Bad Frank.

For more information on Brian…