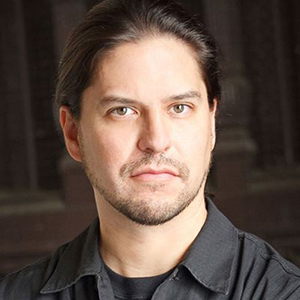 Producer, actor and paranormal investigator Brian Cano first recognized his desire to explore the unknown at a young age. Growing up in Staten Island, New York, Brian often took note of abandoned buildings near his home. Tall tales of Satanic activity, missing children or ghostly sightings only served to add to the allure for him. Since then, he’s been looking into the darkness and exploring the dangers that come with the decay of civilization’s footprint. Expanding his experiences in urban exploration to include paranormal investigation, there are few places he will not go.

As the Tech Specialist on Haunted Collector Brian Cano often finds himself crawling under houses and into attics while also serving as second in command to the team. Ultimately, his goal as an investigator is to measure, quantify and get empirical evidence to support the claims of paranormal activity reported while maintaining his skeptical edge. When SCARED! was formed in 2002, Brian titled himself The Skeptic, a position he now admits he can no longer embrace. As he often says, “It’s not the phenomena I am skeptical about, it’s those who report it.”

In addition to Haunted Collector and SCARED!, Brian can be found at paranormal events as well as lecturing on the college circuit. Brian’s work has been praised in several publications, including TAPS Paramagazine and Haunted Times Magazine. Various episodes of SCARED! have won awards at several film festivals, most recently Haunted Snug Harbor, which won Best Cinematography at the 2013 Macabre Faire Film Festival. Brian also can be found acting in the film The Red Man.

For more information on Brian…