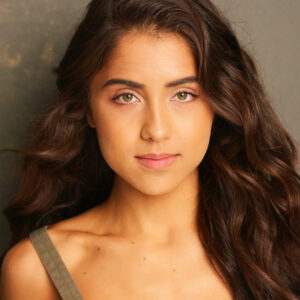 Avianna Mynhier is a bicoastal actress, director and choreographer known for her role as Rachel on AMC’s The Walking Dead. She has also had co-staring roles on Showtime’s The Affair and Nickelodeon’s hit comedy Henry Danger.

Avianna graduated from Stanford University in 2017 with a degree in Science, Technology & Society. She performed on Stanford’s comedy improvisation troupe, and has appeared in many theater productions including All my Sons and Rent. She is also a trained dancer and choreographer with experience in contemporary improv and hip-hop.

Avianna is a wellness advovcate with instructor experience in Los Angeles. She also active in women’s empowerment issues, acting as a mentor to girls in the LA Unified school district through EmpowerHer  and through her participation in National & Global Women’s Conference. In her spare time she enjoys meeting new people, seeing live shows, reading and hosting game nights.

For more information about Avianna…