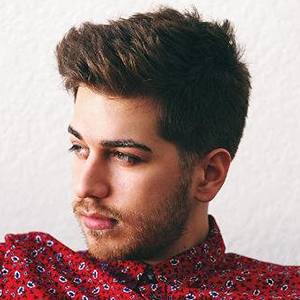 Anthony Guajardo’s drive to become an actor started when he was only five years old and he told his mother he wanted to study acting. Years later, the Texas native began his studies and eventually landed a few print ads, commercials, and roles on stage. His first big screen performance came in 2005 when he was cast as a student in Robert Rodriguez’s film The Adventures of Sharkboy and Lavagirl alongside Taylor Lautner, Taylor Dooley, and comedian George Lopez.

Guajardo took a few years off to concentrate on honing his craft and school. In 2010, he guest-starred on AMC’s hit drama The Walking Dead as tough-talking Miguel, who took on Daryl Dixon and came away with an extra hand. His role on the series pushed Guajardo into the spotlight.

After his stint on The Walking Dead, Guajardo landed another commercial and filmed a handful of short films including Andrew, The Symphony of Silence, Arose the Coward, and Emily. Recently, he can be seen in Ditch Party and the upcoming film The Pizza Joint Movie. In addition to auditioning for new projects, Guajardo has taken an interest in learning more about what happens behind the camera and in film production.

For more information on Anthony…