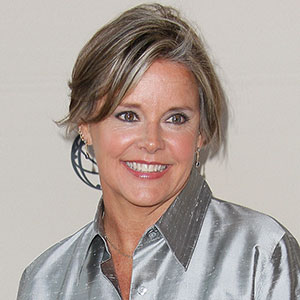 Amanda Bearse has enjoyed a thirty-year career in the entertainment industry. She studied acting at The Neighborhood Playhouse under the tutelage of Sanford Meisner. Her career began with the role of Amanda Cousins on All My Children, a part written for her. Two years later, she moved onto the big screen as Amy Peterson in the cult classic Fright Night opposite Chris Sarandon and Roddy McDowall. Bearse went on to star in Fox’s Married… With Children, another cult classic which ran for an astounding ten years as the cornerstone for the network.

She can also be found on episodes of Nikki, Drop Dead Diva, and Anger Management. She also had a role in the television movie Here come the Munsters, as well as staring in the films Protocol, and The Doom Generation. Her latest projects include Sky Sharks with Tony Todd.

Bearse attended USC and the American Film Institute to study directing, with a focus on episodic television. Over the last six seasons of Married… With Children she directed numerous episodes. During her career thus far, she has directed over one-hundred episodes from various sitcoms including, Reba, George Lopez, Dharma & Greg, Mad TV, and is currently behind the camera for a new web series, Skirtchasers.

Bearse was co-executive producer and director for The Big Gay Sketch Show. It ran for three seasons and helped launch LOGO, the first gay cable network.

In 1993, Bearse publicly came out as a lesbian with a cover article in the Advocate. Since then, she continues to be a LGBT activist. Bearse was the first poster child for HRC’s National Coming Out Day. She has served on the boards for The Names Project AIDS Memorial Quilt and the LA Gay & Lesbian Center, as well as countless speaking engagements promoting LGBT visibility and equality.

For more information on Amanda…