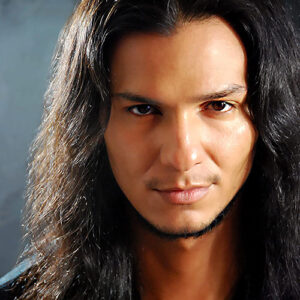 Alex Livinalli was honored to be called upon by Marvel studios to play Attuma in the highly anticipated 2022 film Black Panther: Wakanda Forever. The villainous character, who hails from Atlantis, made his first comic appearance in 1964 and makes his big screen debut with Livinalli’s modern portrayal. Some of his most popular credits include, The Walking Dead, Queen of the South, Ozark, Longmire, and American Horror Story, to name a few.

From 2005 through 2007, Alex attended Miami Dade College where he majored in Drama. In the following years, he worked on short films and student films, honing his craft, before booking a strong supporting role in the SYFY TV movie Mandrake (2009). In 2010, Alex moved to Los Angeles, where he had the privilege of studying under actor, writer, and producer Joseph Khouri and actor David Proval (The Shawshank Redemption, Mean Streets, The Sopranos). Some of Alex’s recent credits include Ozark, Reprisal, Alita: Battle Angel, and MacGyver.

A native of Venezuela, Alex moved to the United States at 10 years old to live the American Dream. He now splits his time between Miami, FL and Atlanta, GA. Alex is in fluent Spanish and English, but has learned to speak a little Portuguese, Comanche, and Mayan for film. When he isn’t on screen, he enjoys spending time with his loved ones, visiting the beach, and exercising. He wants to thank his mother and his girlfriend for always supporting him and his passions. Alex is looking forward to one day working alongside the great David Fincher, James Cameron, Christopher Nolan, and many more.

For more information on Alex…